"I found Alastair to be easy to deal with, innovative in some approaches and always willing to learn new areas if needed."

Showcase The Street have used the services of Alastair Fitchet for three major capital projects in Dundee. This has included the initial build of a sports facility, which was extended again this year, and also a new coffee shop within the facility.

As well as the architect's support in this area to look over how we fitted into spaces with an open-plan building and make it effective, Alastair was also involved in a change of use application for the initial build and continues to help and support us around other issues or new projects.

I found Alastair to be easy to deal with, innovative in some approaches and always willing to learn new areas if needed. Without his help and professional approach, in a way which was cost effective for us, we would not have a great community facility locally and I would recommend the services of his company to anyone else seeking the same, and actually have now on several occassions that I felt relevant to other organisations and groups. 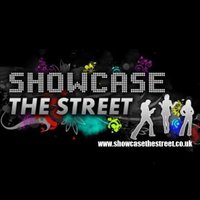 WHO ARE SHOWCASE THE STREET?

Showcase The Street are a registered charity who try to make things like Dance, Fashion and sport and all those cultural subjects affordable for young people and accessible for everyone.

Always keen to support and help young people, and communities to set up projects in their own area, so if you'd like to see something where you live why not get in touch with them today!

"helping you to build your dream..."