"There is no other architect you should ever consider using."

I am sure not many people would consider an architect to be their superhero - but I do! Alastair and his team began working with us in late 2014 to assist with renovations to a commercial property we purchased in Dundee.

As a business we have a number of properties and have worked with various architects over the years. Our experience was a little mixed and we were sceptical about using an architect again, that was until we met Alastair.

The services and support provided by Alastair and his team during the renovation was exceptional. The project was significantly delayed due to water ingress in our building from the flat above. This was a very stressful time for us, as it impacted our business launch in Dundee. Alastair did everything he could to assist. The project eventually (officially) finished in August 2015 but unfortunately for us this was not the end of the water ingress issue.

The problem reappeared in late 2015 and on December 27th 2015, I entered the office to find it has been completely flooded, the electricity was out and our fire alarms were going off. I was due to drive to the south of England for a holiday and completely panicked. Given the date, I was unable to get hold of our factors or others associated to the building, but one man did answer his phone and that, of course, was Alastair.

He talked me through what to do, and calmed me down, where I was able to leave for my holiday that day. Again, with significant support from Alastair and his team, this problem was rectified- for now.

Much to our distress the problem reappeared this week (November 2016.) I was obviously really upset and concerned by how we were ever going to get this whole saga sorted out. Again, in my hour of need, I phoned Alastair who quickly organised himself and a contractor to be on site that day as soon as I needed them.

The leak was actually sourced by our factor who has said they are taking care of it. However, our superhero architect did not just sit back and say ok to that. He spend his evening pulling together notes and guidance he thought I should send to the factor to ensure the problem was fully rectified this time.

This may seem like a long and pointless story but I actually haven't told you everything about the support Alastair and the team at ajfitchet  |  architect have provided. To do that would take a day.

The point of the story is their responsibility to us really ended in August 2015, when the original project was completed, but they have continued to advise and support us. There is no way I would have coped with all that has happened to us without that support and we would not have got our business up and running again and again without it either. As a company that offers professional services we truly understand the importance of service and ajfitchet  |  architect have provided an exceptional level of service, rarley experienced by us before.

There is no other architect you should ever consider using. 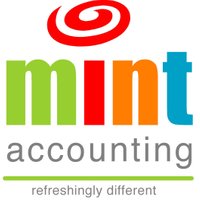 WHO IS MINT ACCOUNTING?

Mint currently has four office locations in Aberdeen, Ayr, Dundee and London. They work with clients across the UK. The use of online accounting aystems allows Mint to work with anyone, anywhere and any time.

"helping you to build your dream..."